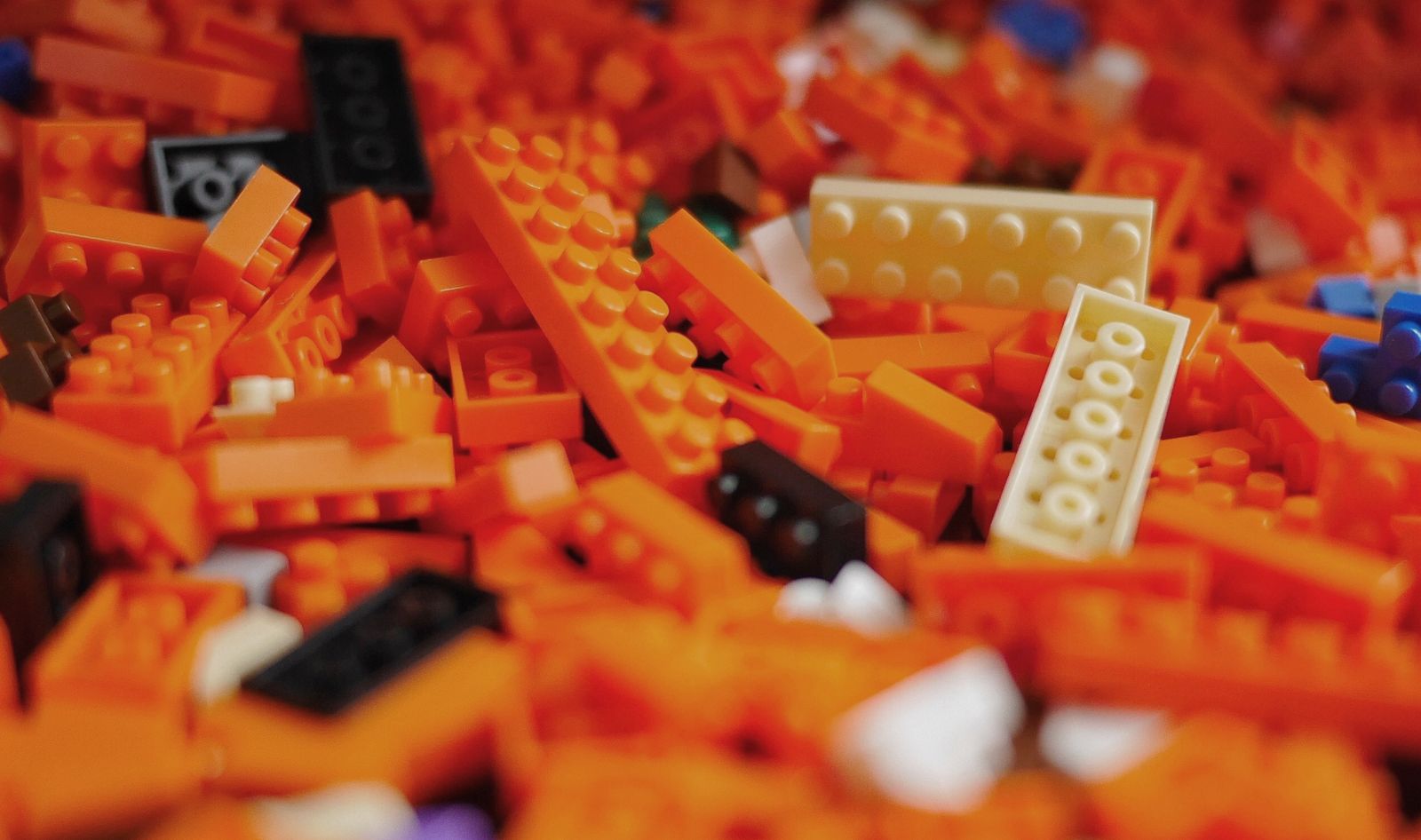 42Genetics creates a reliable bridge between NGS data streaming from the sequencer (FASTQ or unaligned BAM) to detailed genetic interpretation and reporting solutions.

The patented data processing methods, the rigorous dataflow implementation, the scalability of the software architecture and the efficiency of 42Genetics data formats are specifically designed for high volume NGS data management. Together it allows to do cost effective and timely heavy data lifting, which is unmet in the market.

42Genetics solutions can be deployed at any scale desired for secondary analysis of NGS data and leads to near time diagnosis, treatment selection and biomarker discovery. 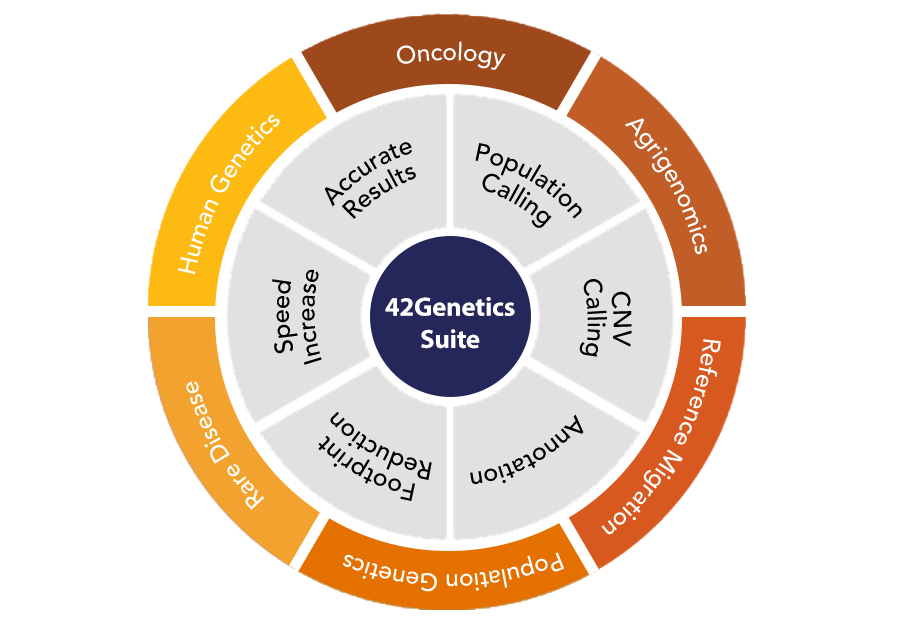 The benefits of 42Genetics solutions

From FASTQ to VCF in less than 29 minutes.

Learn more about our products

42Genetics Germline provides a robust and repeatable method for single sample variant calling. It is a monolithic tool that takes a GAR file input and produces a VCF. The implementation is scalable. Calling takes 3 minutes on a small Intel node (E5 2630). Using an E7, it takes little over 1 minute. 42Genetics Germline uses a pure observational approach. This means that there is no bias towards known mutations, making the tool extremely useful in cases where a Caucasian reference (used for most training sets) is not the norm. For clinical labs, we support profiles that can be setup to enhance sensitivity to variants that are of high relevance.

42Genetics Population is a unique tool implementing the well known concept of using intrinsic population observations to improve variant calling. This in context calling, or Consensus Based Call Enhancement (CBCE) improves both sensitivity and precision. The implementation scales linear from a few to many samples and from one to many nodes.

The variants for a population or cohort are stored in a GVM (42Genetics Variant Map). This is a repository that can be used to manage the samples and to search for patterns in the genetic profile. Using the GVM allows you to play with the data. You can take different groups of samples out of a large GVM into a separate GVM to further enhance the quality of the calls in e.g. a phenotype related cohort.

The speed and ease of use of 42Genetics Population frees up time to really focus on the meaning of the data instead of dealing with the data. The storage system is designed and tested to run with consistent file systems such as S3 from Amazon.

The signature of a GVM can be captured in a profile. This profile contains condensed information about the calls and their occurrences in a GVM. Such profile can be used to apply CBCE during germline calling or somatic calling as if the samples were called as part of the GVM cohort the profile was derived from.

Unlike other solutions, 42Genetics Population is incremental. This means that adding 100 samples to a population of 1,000 takes the processing cost of only 100. There is no need to revisit the 1,000 samples that are already part of the GVM. This method allows dealing with thousands of samples in a linear way following a natural production flow.

42Genetics Population has embedded trio analysis support. This provides consistent and easy to use Mendelian Inheritance error detection to assist finding mutations related to rare diseases. Full trio analysis (including calling) takes ±10 minutes for a father, mother and proband sample set. Trio analysis uses the GAR file as starting point and allows for asymetrical sequencing depth for parents and proband. This can save both time and money as the parents do not require 30x coverage to be able to properly find Mendelian Inheritance errors for the proband.

42Genetics Somatic takes a germline and tumor sample and does an in depth comparison to find variants that are different for each sample. It uses two GAR files as input. This provides a detailed background for high quality somatic variant detection. The difficulty with somatic calling is that tumor samples are impure. 42Genetics implements Dynamic Tumor Purity Detection to be able to find the correct balance between sensitivity and precision. This adaptive facility allows a wide range of signals, indicating somatic variation or Loss of Heterozygosity (LOH) in the tumor to be detected correctly.

The caller output is a VCF file containing the somatic calls, or else, the output is stored directly in a GVM (42Genetics Variant Map). The latter allows collecting of a series of somatic results (cohort), and applying Consensus Based Call Enhancement to further improve the signal. The repository can be used to detect genetic profiles.

The speed, the quality and adaptive nature of the caller makes it suitable for environments ranging from clinic (to support high speed diagnosis), research (mining) and clinical studies (to support fast and efficient validation).

​CNV detection is a first step towards full Structural Variant detection. 42Genetics CNV uses the coverage of two samples, or a sample and a group of samples compiled into a GCO (42Genetics Coverage) file. It computes a normalized differential between the two inputs. The sample input is obtained from the GAR file. The GAR file has a separate section, which holds coverage data that is collected during read alignment. This method allows CNV to be completed in seconds instead of hours or days with other tools. The group coverage can be compiled from a set of GAR files. The average and standard deviation of the group can be used to make a statistical call for GAIN, LOSS or NORMAL for a segment of the genome. Segments can be as small as 100 bases.